Millennials Are Managing Money Better Than You Think 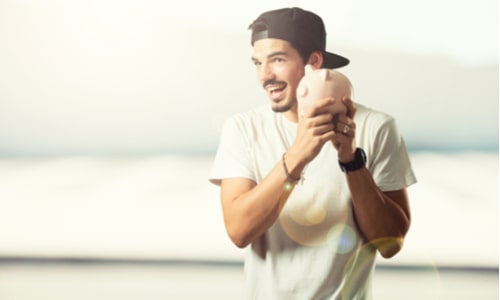 Many of which have even opted to stay with their parents rather than risk venturing out to make a life for themselves. Things have improved though. Young adults in their twenties and thirties are now finding a way to manage money by putting new budgeting exercises into practice that help them pay rent, save, and even pay down their student loans and installment loans.

How exactly are they doing it? It’s really not a complicated thing. Even something as perplexing as money can be boiled down to a very simple science with the right perspective. Here’s a glimpse of what millennials are doing today that’s allowing them to thrive under seemingly unbearable economic circumstances:

It’s true. Millennials are giving the phrase, “going out” new meaning. Instead of literally going out to the bar, a sporting event, or a stadium-filled rock concert, millennials are becoming more conservatives with their weekend shindigs. That’s not to say that they’re never leaving the house. It’s more like a downsizing of activities. Here’s what we mean:

It’s not the most lavish way to meet up, but you can bet that by keeping the weekend get-togethers low-key, millennials are saving a ton of money without sacrificing good company!

Millennials also have adopted a new minimalist lifestyle that puts experiences at the forefront and material things on the backburner. They’re learning to stick with the few things that make them happy while letting go of what they can do without.

By keeping the clutter out of their lives, young adults are beginning to see things from a brand-new perspective. They’re quickly discovering that life does get easier and more enjoyable once all the material distractions are taken out of the picture.

Not only that, but they’re also saving big money by keeping their stash of stuff small. It’s not for everyone, but most who have given it a try claim to be much happier and wealthier too.

Thrift stores, small online marketplaces, and farmer’s markets have become shopping staples for a growing number of millennials. But it’s not what you think. There’s a lot more to this trend than just saving a few bucks. 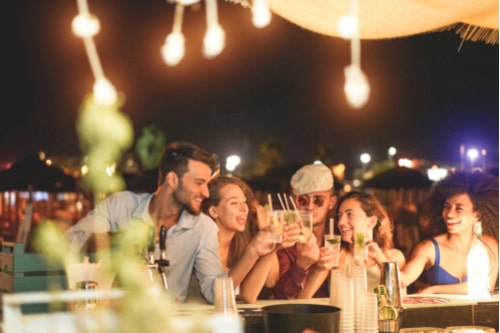 Whether it’s out of some feeling of moral responsibility or a rebellion against greedy big suit types, younger generations are choosing to support smaller businesses rather than continuing to feed hungry corporate giants like Wal Mart or Target. Either way, millennials are saving a ton of money by giving it to smaller businesses.

To millennials, going out is kind of overrated. That’s not to say they don’t take pleasure in getting out of the house every once in a while. They are human after all. And it’s not even that they’d rather be home than out at the bars and clubs.

The reason why more millennials are choosing to stay in ist that they know that it’s better for them. They’d rather stay in or go to a friend’s houses to hang out than to spend their hard-earned cash at some bar or club. Remember, a lot of millennials are still balancing work, school, and family day after day. That said, going out is just not a priority for them.

Gone are the days of making it a Blockbuster night. With affordable online streaming services like Netflix, Hulu, and Amazon Prime, millennials have access to the widest selection of movies, TV shows, and the like without ever having to leave the house! And it doesn’t stop there.

They’re taking their careers into their own hands

Freelancing is the new way to earn an income. Nowadays, people are getting laid off left and right and job security seems to be a thing of the past. So millennials are taking their careers into their own hands by seeking out contracted work and by relying on their own networking skills to create their own job security.

It sounds less stable than a rigid 9 to 5 office job, but it works. Many millennials today are able to earn a solid income doing just freelance and not having to work for the same boss for years on end seems to keep them more focused and motivated to keep at it.

Since freelancing and working remotely have been growing career trends, entrepreneurship has taken a front-row seat in millennial’s careers too. It makes sense since we’re now able to design, produce, and share our own content over the internet. This makes the idea of working for yourself a viable option for anyone willing to do it. So even if the job market failed again, millennials wouldn’t really have a hard time finding ways to earn a living. 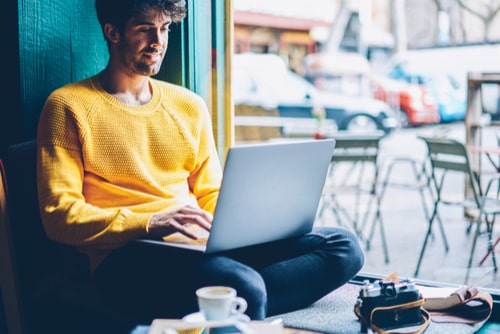 Ultimately, millennials are able to manage money well due to their simple choice to spend less and experience more. Experiences are what makes life enjoyable and they don’t always come at the price of an admission ticket. Experiencing the beach, time with friends, or even your own neighborhood costs nothing, and it’s worth a whole lot more than what one could spend on material things.