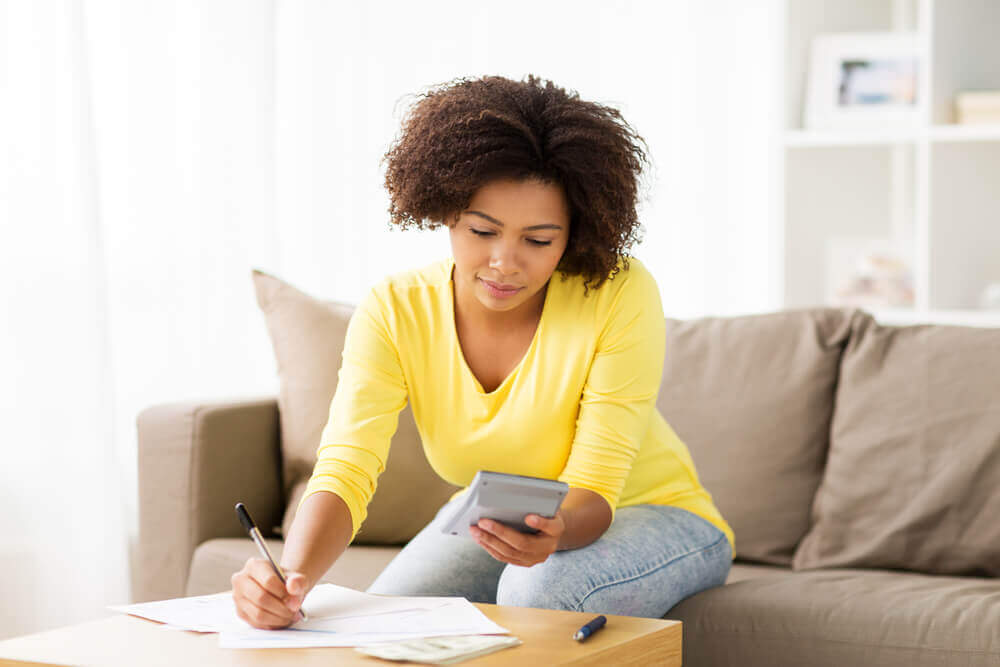 Being money smart not only means you know how to earn money it also means you know how to spend that money wisely and earning a hefty income does not necessarily correlate to financial success. Oftentimes, the most financially successful people are those that know how to budget and allocate their money efficiently, even if they make less than the person next door.

Snag these 9 budget hacks below to help you spend more wisely and live more freely.

You might already have an arbitrary budget that lives in your head. This invisible budget might tell you generally how much you can reasonably spend on groceries this week or that new potted plant you have been eyeing for the entryway, but you need to take the time to put a budget down on paper. Better yet, whip out an excel spreadsheet.

Creating a living and breathing budget is your first step to financial success. This old-fashioned P;L (profit and loss statement) will be your best friend when trying to make smart decisions with your money.

Essentially, your budget will look like a subtraction of all expenses from all income. Easy right? It is relatively simple, but there are some nuances between types of expenses and timing that will be key in ensuring your budget is done right.

Your first step in building a budget is determining the timeline of your budget. Do you want to break it down by quarter, month, week? Once you have set the timeline, you can begin considering income made during that timeline and expenses incurred.

Now, there is a major distinction between fixed and variable expenses. Fixed expenses are things that you cannot easily change just by altering your spending behavior. Think about your mortgage, car payments, insurance, etc. Because fixed expenses are often amounts determined by other parties, these expenses will not be the primary focus when it comes to spending less money. At least, they will not be the focus at first.

Variable expenses are things that you can change almost instantaneously just by altering your spending behavior. Some examples of variable expenses include groceries, gym memberships, and clothing.

The money left over after subtracting all fixed and variable expenses from your income for the timeframe should be allocated to savings and investments. The goal of a good budget is not only to be practical and executable but to show a big fat $0 at the bottom of the column. This is called zero-based budgeting, and no, it will not mean that you are broke. It simply means that every dollar you earn has a pre-determined purpose. Aim for that $0, and you will be spending, saving, and investing with intention!

Now, even though savings and investments are noted here last, this does not mean saving and investing should be the last priority. On the contrary, it should be at the forefront of your mind while building your budget. We will touch on this more later. 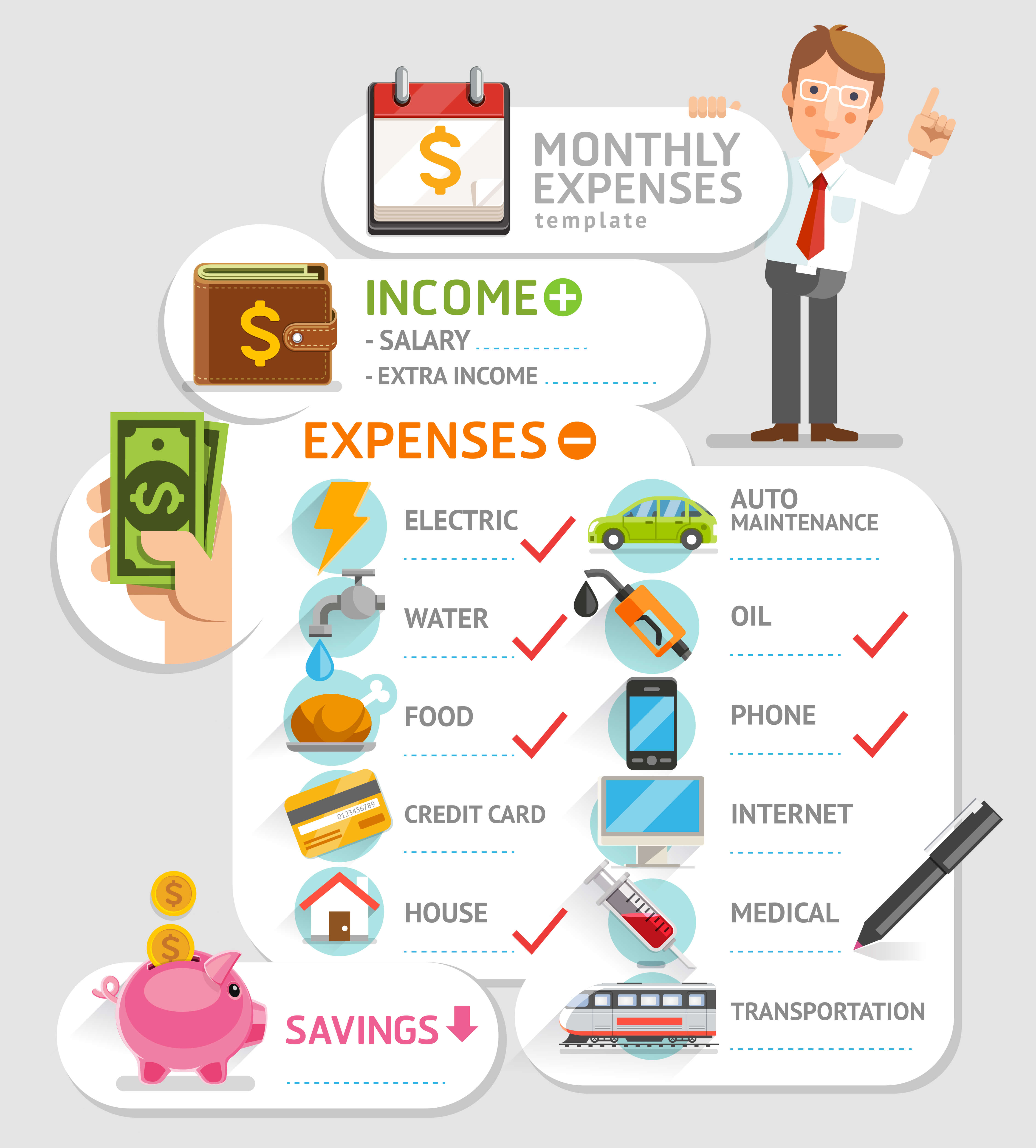 This might seem like common sense; however, you would be surprised how many people build a budget and then let it sit in the corner gathering dust. Some people disregard the budget because it does not suit their spending desires and they are not willing to change their behavior for the sake of financial stability and success. Do not be one of these people. Live by your budget.

It might be difficult at first, even painful, but the more you practice diligence and frugality, the more it will become like second nature.

Now, this also might seem like common sense, but again, you would be surprised how many people live beyond their means. Doing so is a recipe for disaster. Within your budget, should be an amount that you can reasonably spend on variable and fixed expenses while still leaving money behind for savings and investments.

If you are finding that your expenses exceed your income or that all of your income is only going to cover expenses and nothing is left over for savings and investments, then begin considering how you can cut expenses, starting with variable expenses first.

If you have debt, such as credit card debt, do not let it sit and accumulate interest. You must have a plan to pay off that debt.

One way to target debt is to go after the debt with the highest interest rates first. Then, as you pay off one form of debt, you move on to paying off debt with lower interest rates.

Another plan of attack is to pay off the smaller amounts owed first, moving on to larger amounts as you go.

Now, as you are paying off debt, the payoff amounts you plan to commit to should be built into your budget from the start and should be adhered to, just like the rest of your budget. You should also aim to save money while you are repaying debt. Planning and sticking to the plan is the only way you will find yourself debt-free, and debt-free is a good place to be!

Why pay full price for a book when you can read the same one for half the price? Why spend $20 on that pair of boots that your toddler will outgrow in two months? Why buy that new car now when you can purchase the same car a year from now at a significant discount?

It is surprisingly easy to spend way too much money on food. In fact, food is most likely your greatest monthly expense, if not in the top three. And this large expense is only exacerbated when we waste food that we purchased at the grocery store for the convenience of eating out.

We get it, there are some nights when you just do not want to cook. And that is completely okay. Estimate how many nights a week you can afford to eat out and purchase the food for home cook meals for the remaining nights that week. Determine those meals in advance and list out the ingredients needed for those meals. When at the grocery, only buy what you have listed out, in addition to your other necessities. Then, eat what you buy. Do not get suckered into eating out one more night than you have budgeted for. Remember, you planned for this.

This tactic will prevent you from going overboard at the grocery store and overboard eating out.

7.    Set Goals for Savings and Investments

As we mentioned above, savings and investments should be at the forefront of your mind when building your budget. Set goals for how much you want to save and invest in a weekly, monthly, quarterly period. Then modify your variable and fixed expenses to allow for these goals.

If you do the math and realize that you will not have enough money left for the $500 contribution to savings a month that you wanted, then scrutinize your expenses and determine what you can cut to reach your goal.

There are many apps out there that can help you track your spending, hunt for coupons and discounts, and set up automatic saving contributions. If you are new to the budgeting world or just need a little bit of help, consider utilizing an app.

Be flexible with your budget and with yourself. There will be times when you spend too much or save too little. Do not beat yourself up. Instead, learn from it and keep trying. Remember, Rome was not built in a day, and financial success is not either.

Browse through the Blog to read articles and tips on managing debt, improving your credit and saving more money!